Quite often, I meet clients who say to me that they can’t wear a particular colour, such as red/green/blue/yellow” etc.  The truth is that we can all wear these primary colours.  Yellow is more difficult for some and I will write a separate blog about that in 2019.

The trick is to understand what undertone, depth and clarity of colours will work best for you and enhance your natural colouring.

In this seasonal blog, I will focus on how to wear red as it’s the colour we most associate with Christmas dressing.

The history of red

In Eastern cultures, such as China, red is the colour for good luck. Although times are changing and many Chinese brides now wear white, red is traditionally the colour for weddings. In Indian culture, it symbolises purity and is often used in their wedding gowns.

In ancient Rome, red symbolised blood and courage; Roman soldiers wore red tunics, and generals wore a scarlet cloak and had their bodies painted completely in red during ceremonial triumphs. In the 13th century, it became the colour worn by Cardinals of the Roman Catholic Church. In the Middle Ages, red was the colour of majesty and kings.

When Spanish merchants began to import cochineal into Europe to make an even more brilliant red, it became the fashion colour of the aristocracy. Only the wealthy wore it because its production required imported dyestuffs, driving up costs and a lust for it along with it. Until the 19th century, wearing red signified a person of means.

In the mid-19th century, red became the colour of a new political and social movement, socialism. It became the colour of the worker’s movement, of the French Revolution of 1848 and of socialist parties across Europe.  However, etiquette experts of the 18th century then decried red as “vulgar and unsuitable,” advising any woman of good taste to refrain from wearing it.

Red as a fashion colour

Red didn’t really become a fashion colour again until the 20th century and it has become popular once more, especially recently as the “little red dress’ has provided a great alternative to the traditional black version. Hollywood stars such as Olivia de Havilland, Hedy Lamarr, Sophia Loren and Marilyn Monroe all sported glamorous red dresses.  And who can forget Julia Roberts’ red evening dress in that famous scene from “Pretty Woman”?

So what are the ‘rules’ about how to wear red?

The first rule relates to ‘undertone’–  is the red warm (yellow-based) or cool (blue-based?

Examples of warm reds include orange-red, bittersweet, watermelon and tomato, which could be worn beautifully by redheads like the Princesses Beatrice and Eugenie or Julianne Moore.

Raspberry, cassis and plum are all cool reds.  See how fabulous Helen Mirren looks in this cassis dress!

The second rule concerns ‘depth’– how light or deep a colour is.  Those of you with deep colouring can wear the very darkest or purple reds, such as burgundy, damson or aubergine, like Cheryl or Meghan, Duchess of Sussex in the images below.  These colours would simply overpower women like as Reese Witherspoon or Cate Blanchett, who have a much lighter colouring.

The third rule concerns ‘clarity’ – or the purity of a colour.  Those ‘Clears’ amongst you who can wear a high level of contrast will look fabulous in bright and vibrant reds, such as scarlet and ruby and in shiny fabrics, such as satin.  Your role models are Kate, Duchess of Cambridge or Dita von Teese.

If your look is ‘blended’ where you suit softer and more muted colours (think Kate Winslet or Taylor Swift), then you’ll need to tone down the reds that you wear.  Geranium, claret and rust will be your best reds and fabrics such as wool, marls and velvet will soften the effect.

Red is definitely the colour of energy so, when you wear it, you are more likely to feel confident, in control and ready to be noticed.  Make sure you choose a lipstick in the same warm or cool tone – it can be lighter or darker as long as you match the undertone.

There are so many different ways to wear red through the clever use of pattern, fabric and style.  Whatever your choice, the key is to wear it boldly and confidently!

Contact me if you need some advice on which reds work best for you. 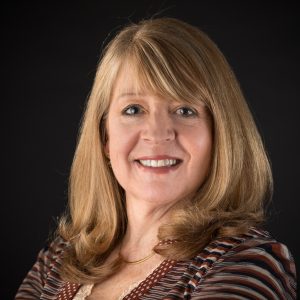